I have read a lot of published material about Scale Modes and the conclusion that I have come to is that much of what has been written tends to over complicate the issue.

Part of the problem with Scale Modes is that many suggest always making references back to the parent Scale and working out new patterns from that. The problems with this method is that you have to make multiple  mental jumps constantly referring back to the parent scales. This method isn’t  very intuitive at all and means learning lots  of new Scale shapes.

I propose a much simpler method that just involves altering 2 notes that you find in the natural minor Scale pattern. This method reveals the scale note relationships for the minor Scale Modes of the Dorian Mode and the Phyrgian Mode respectively. Then changing the focus ( by shifting the Root note) to reveal the relative  Major Scale you can then locate the Lydian and Mixolydian Modes. Use the Minor Scale pattern for the minor modes of Dorian and Phyrgian and major Scale pattern for major Modes of Lydian and Mixolydian. If you want to play these Modes on the same Root as that of your minor Modes then you have to shift the whole pattern back 3 semitones and start from the 2nd note in that same pattern. 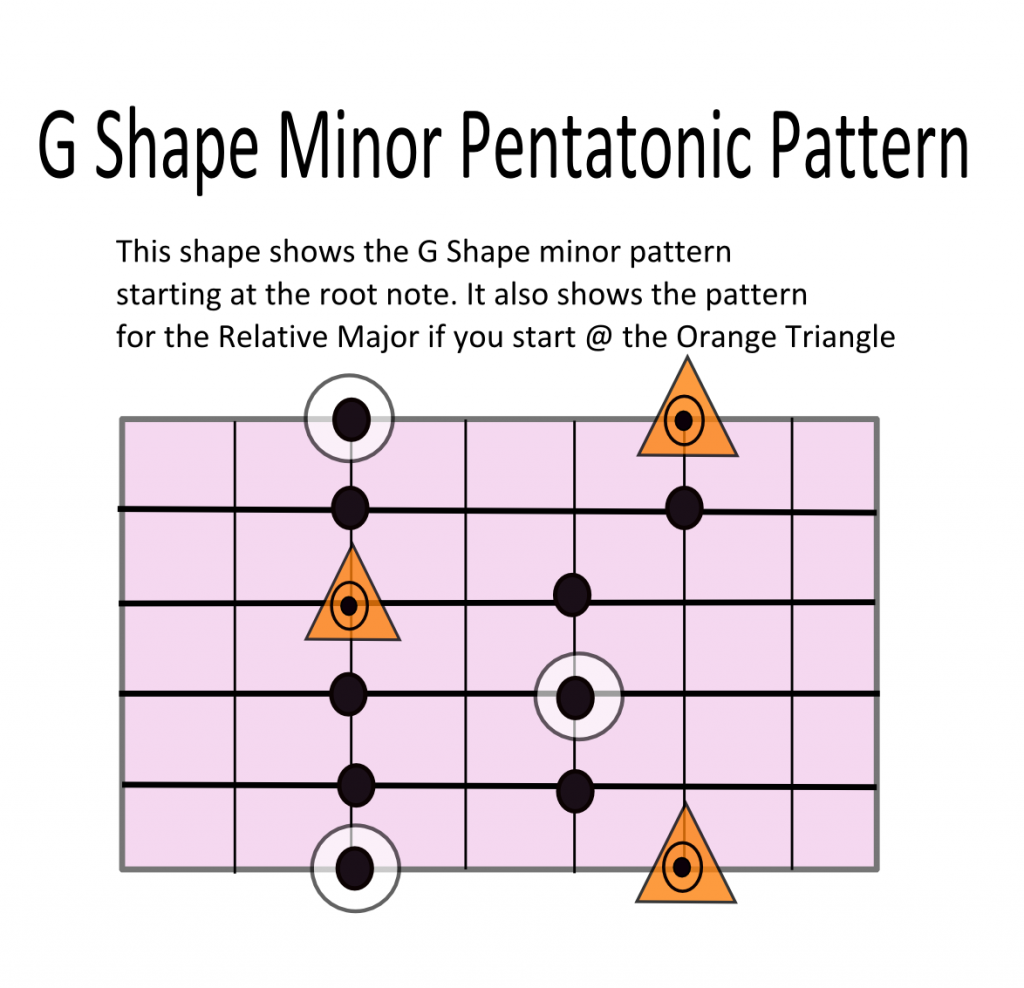 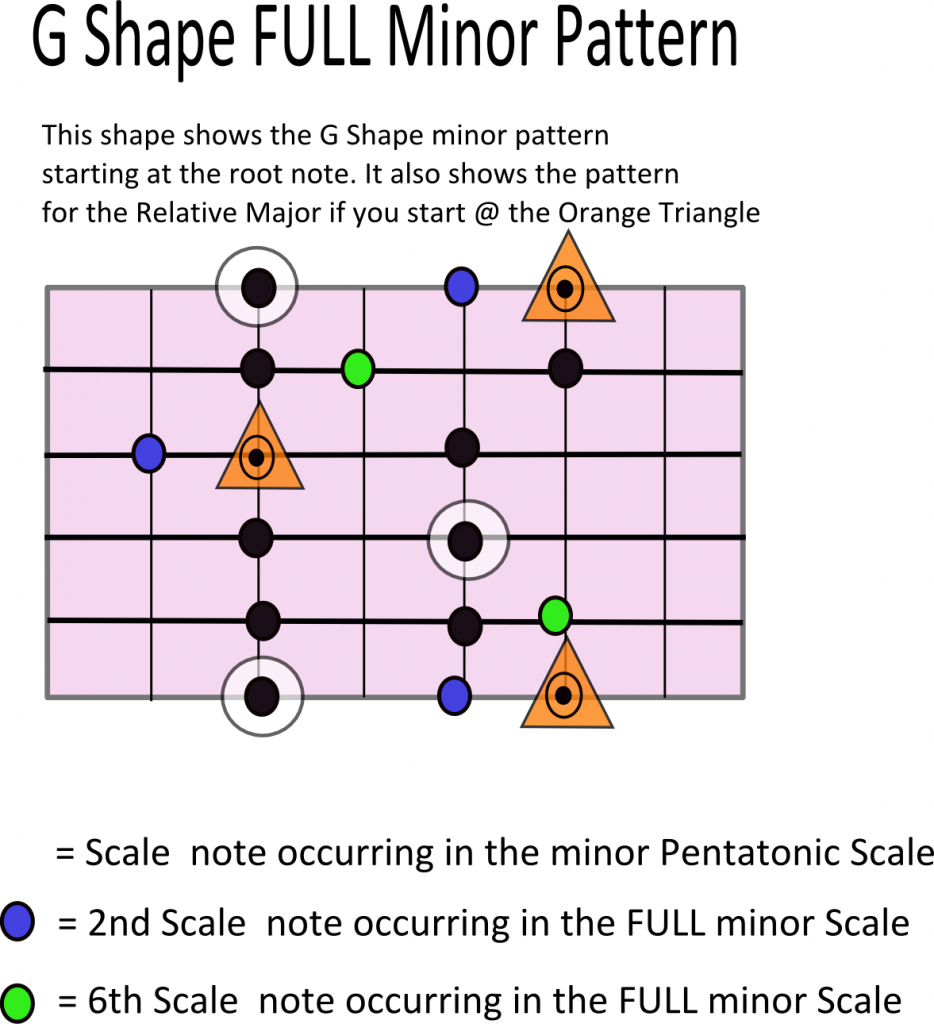 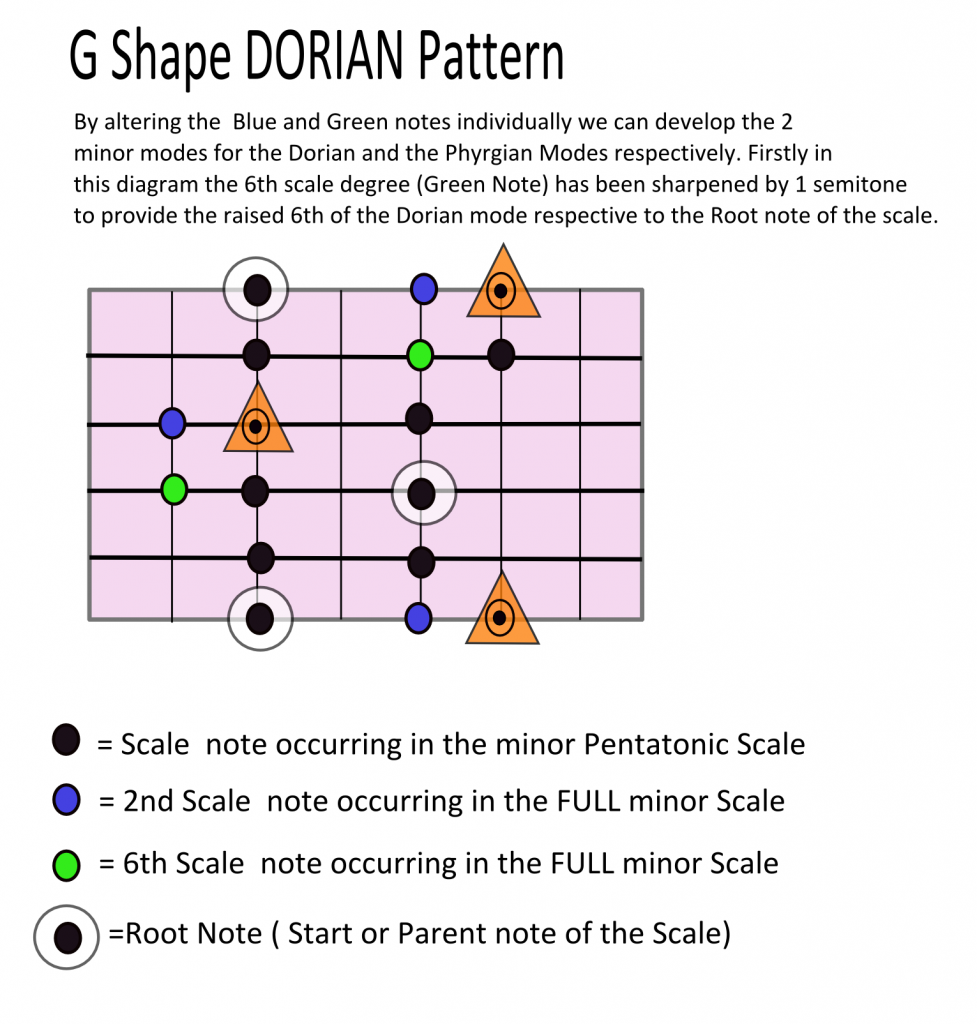 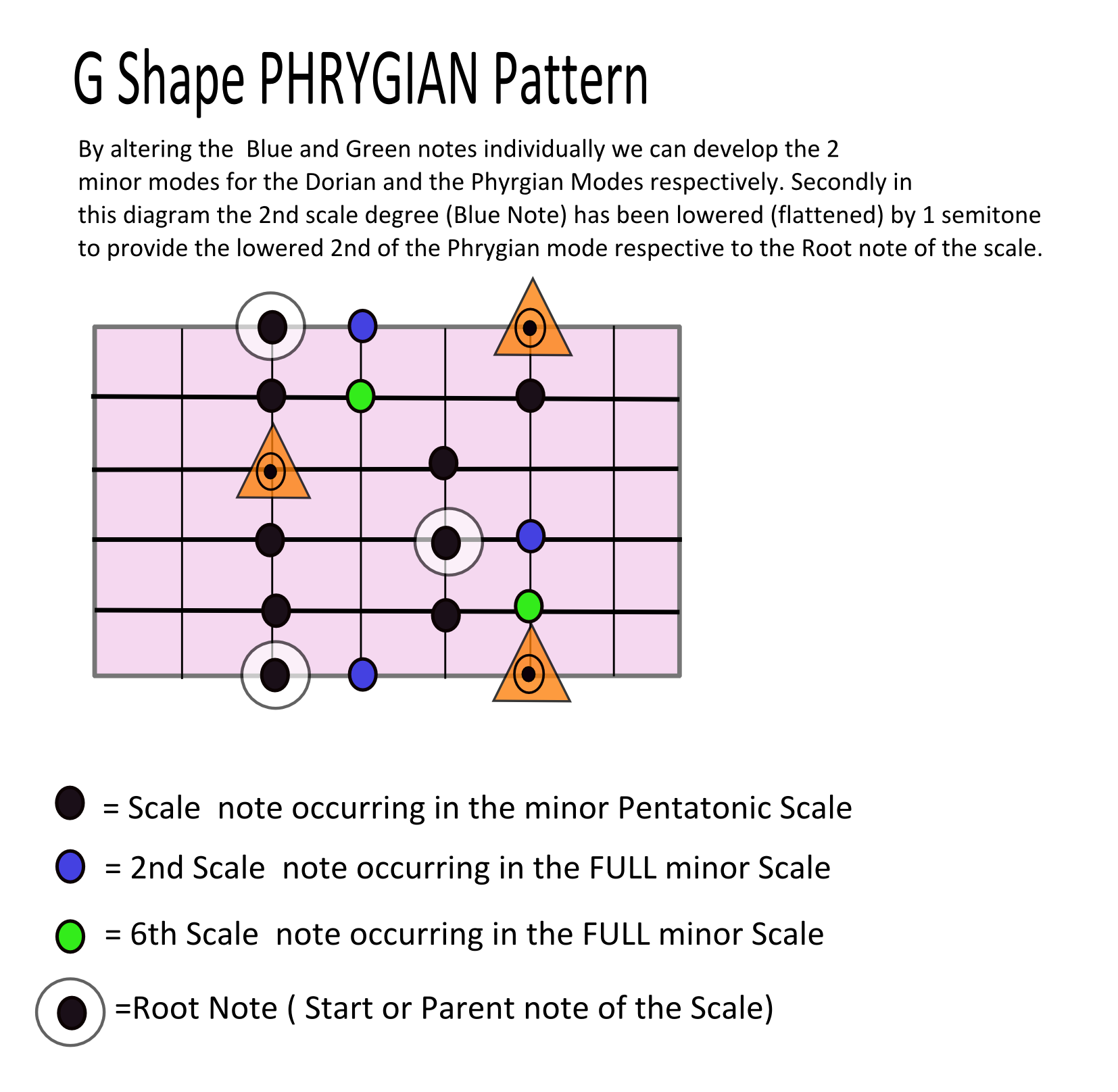 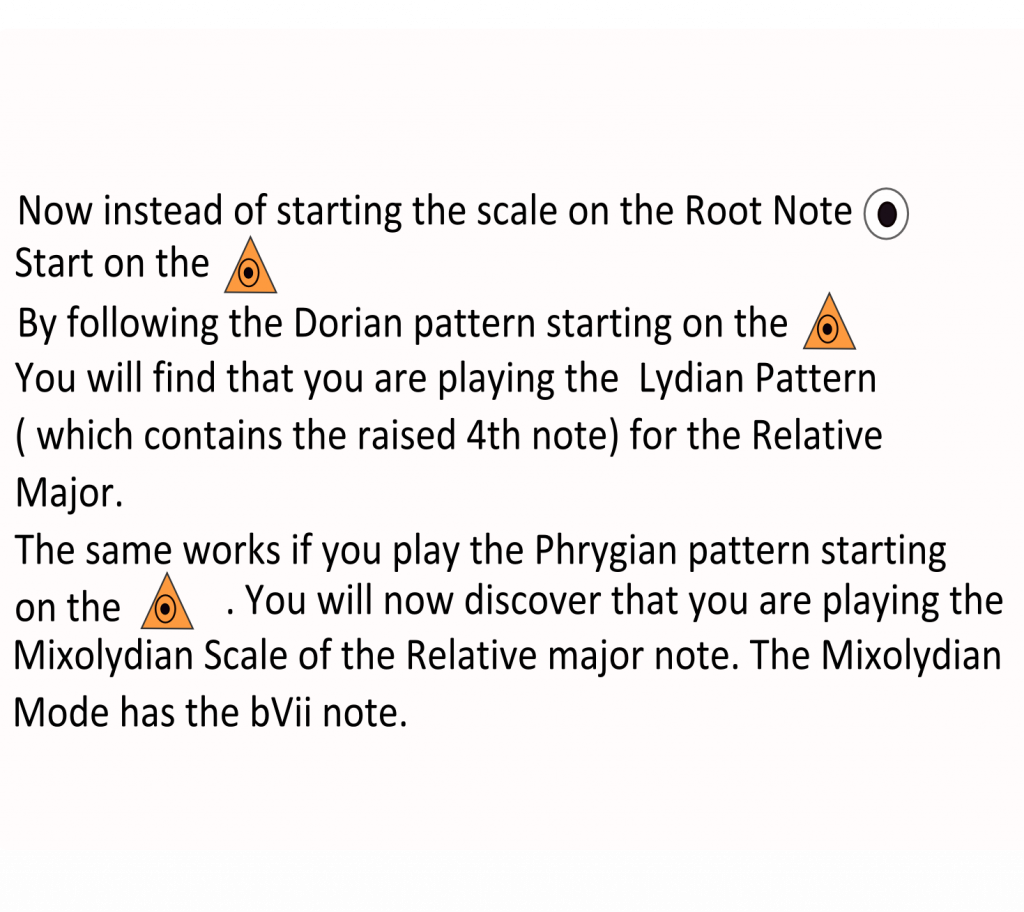 I’m not going to give you all the shapes for the minor pentatonic patterns. I am assuming some knowledge or if not please seek out a tutorial on this subject. The above theory works for all shapes so that you can go on to make modal patterns all across the fretboard. With this information you can go on to make all the modes (except Locrian) from the starting point of the minor pentatonic/ Aeolian minor patterns ( the Aeolian is another word for the Full Minor Scale reproduced and written out for you here in the diagram above). Also the full Natural minor Scale ( another word for the Aeolian scale/mode) written out for you here is itself a Mode called  the ‘Aeolian’ mode. The relative Major Scale is also a Mode called the ‘Ionian’ Mode.

Find us on Google Plus